The origin of life might seem like the ultimate cold case: no one was there to observe it and much of the relevant evidence has been lost in the intervening 3.5 billion years or so. Nonetheless, many separate lines of evidence to shed light on this event, and as biologists continue to investigate these data, they are slowly piecing together a picture of how life originated. Major lines of evidence include DNA, biochemistry, and experiments. 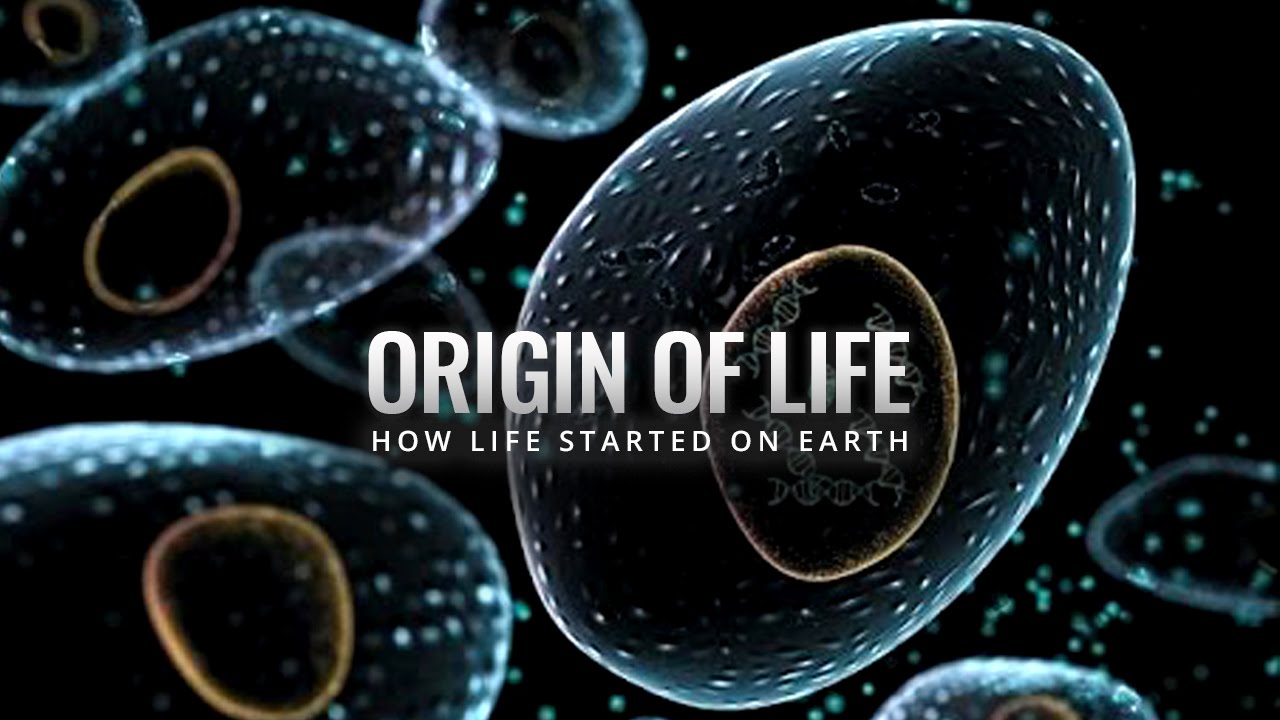 Biologists use the DNA sequences of modern organisms to reconstruct the tree of life and to figure out the likely characteristics of the most recent common ancestor of all living things — the “trunk” of the tree of life. In fact, according to some hypotheses, this “most recent common ancestor” may actually be a set of organisms that lived at the same time and were able to swap genes easily. In either case, reconstructing the early branches on the tree of life tells us that this ancestor (or set of ancestors) probably used DNA as its genetic material and performed complex chemical reactions. But what came before it? We know that this last common ancestor must have had ancestors of its own – a long line of forebears forming the root of the tree of life – but to learn about them, we must turn to other lines of evidence.

By studying the basic biochemistry shared by many organisms, we can begin to piece together how biochemical systems evolved near the root of the tree of life. However, up until the early 1980s, biologists were stumped by a “chicken and egg” problem: in all modern organisms, nucleic acids (DNA and RNA) are necessary to build proteins, and proteins are necessary to build nucleic acids – so which came first, the nucleic acid or the protein? This problem was solved when a new property of RNA was discovered: some kinds of RNA can catalyze chemical reactions — and that means that RNA can both store genetic information and cause the chemical reactions necessary to copy itself. This breakthrough tentatively solved the chicken and egg problem: nucleic acids (and specifically, RNA) came first — and later on, life switched to DNA-based inheritance.

Another important line of biochemical evidence comes in the form of surprisingly common molecules. As you might expect, many of the chemical reactions occurring in your own cells, in the cells of a fungus, and in a bacterial cell are quite different from one another; however, many of them (such as those that release energy to power cellular work) are exactly the same and rely on the exact same molecules. Because these molecules are widespread and are critically important to all life, they are thought to have arisen very early in the history of life and have been nicknamed “molecular fossils.” ATP, adenosine triphosphate (shown below), is one such molecule; it is essential for powering cellular processes and is used by all modern life. Studying ATP and other molecular fossils have revealed a surprising commonality: many molecular fossils are closely related to nucleic acids, as shown below.

The discoveries of catalytic RNA and of molecular fossils closely related to nucleic acids suggest that nucleic acids (and specifically, RNA) were crucial to Earth’s first life. These observations support the RNA world hypothesis, that early life used RNA for basic cellular processes (instead of the mix of proteins, RNA, and DNA used by modern organisms).

Tiny Genetic Differences between Humans and Other Primates Pervade the Genome

The next stage of human evolution: How will the Human Species Evolve?

Experiments can help scientists figure out how the molecules involved in the RNA world arose. These experiments serve as “proofs of concept” for hypotheses about steps in the origin of life — in other words, if a particular chemical reaction happens in a modern lab under conditions similar to those on early Earth, the same reaction could have happened on early Earth and could have played a role in the origin of life. The 1953 Miller-Urey experiment, for example, simulated early Earth’s atmosphere with nothing more than water, hydrogen, ammonia, and methane and an electrical charge standing in for lightning, and produced complex organic compounds like amino acids. Now, scientists have learned more about the environmental and atmospheric conditions on early Earth and no longer think that the conditions used by Miller and Urey were quite right. However, since Miller and Urey, many scientists have performed experiments using more accurate environmental conditions and exploring alternate scenarios for these reactions. These experiments yielded similar results – complex molecules could have formed in the conditions on early Earth.

This experimental approach can also help scientists study the functioning of the RNA world itself. For example, origins biochemist, Andy Ellington, hypothesizes that in the early RNA world, RNA copied itself, not by matching individual units of the molecules (as in modern DNA), but by matching short strings of units — it’s a bit like assembling a house from prefabricated walls instead of brick by brick. He is studying this hypothesis by performing experiments to search for molecules that copy themselves like this and to study how they evolve.

All the evidence gathered thus far has revealed a great deal about the origin of life, but there is still much to learn. Because of the enormous length of time and the tremendous change that has occurred since then, much of the evidence relevant to origins have been lost and we may never know certain details. Nevertheless, many of the gaps in our knowledge (gaps that seemed unbridgeable just 20 years ago) have been filled in recent years, and continuing research and new technologies hold the promise of more insights. As Ellington puts it, “Origin is a huge knotty problem — but that doesn’t mean it’s an insoluble one.”

Darwin’s theory of biological evolution helps us understand how simple life forms can give rise to complex lifeforms, but how did the first reproducing creatures come about? The origin of life needs its own explanation.

Can Science Explain the Origin of Life?