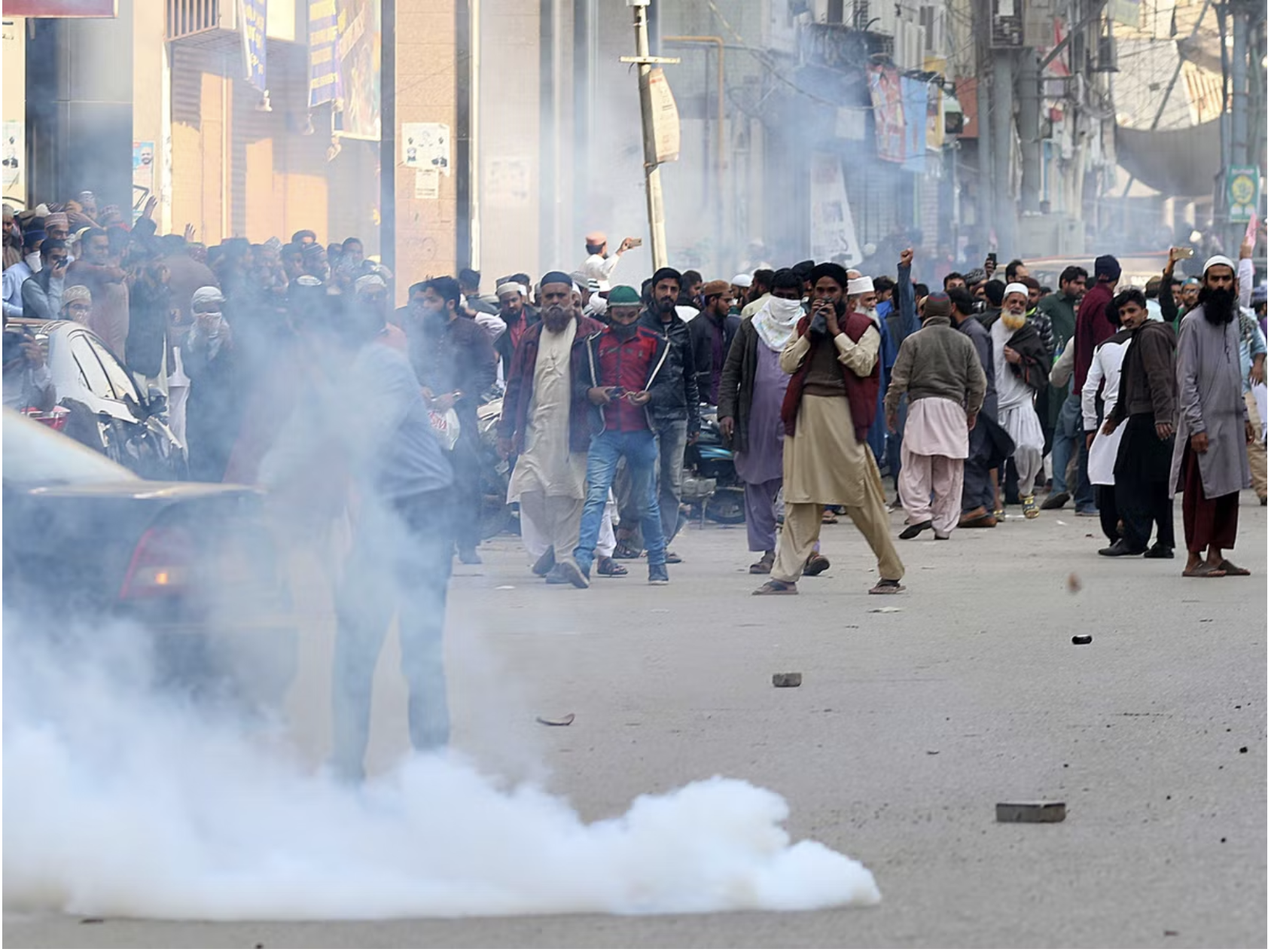 In Pakistan, a college teacher was sentenced to ten years in jail for a supposed blasphemous lecture presented in class on January 8, 2021. According to Aljazeera news, judge Raja Jawad announced the decision based on the charges filed in 2017. Another anti-terrorism court sentenced three to death for social media posts deemed insulting to the Prophet Muhammad under Pakistan’s blasphemy law.

In June 2020, Tahar Ahmed Naseem was shot in a courtroom hearing in Peshawar for claiming he was the Prophet, Muhammad. Pakistani Blasphemy laws are known as some of the harshest blasphemy laws in the world; The Diplomat Post going as far as to label them, “bloodthirsty laws.” As shown, these laws propagate violence, discrimination, and unfortunately used as a malicious tool, to target minority groups in Pakistan, and further personal vendettas, while also not being properly enforced.

Blasphemy laws were first introduced by the Former British colonial rule in 1860. The blasphemy laws set out by British colonial rule were meant to stop Hindu-Muslim violence from occurring in the Indian subcontinent. This law included: trespassing on burial grounds,  insulting religion, and intentionally destroying a place of worship – all carrying a maximum sentence of one-to-ten years, with or without a fine.  In 1972 the blasphemy laws ended up adding new clauses criminalizing those who “deliberately or maliciously practiced in acts to outrage religious feeling or insult religious believers.”

This new clause claimed any derogatory remarks against Islam could face up to three years in prison. In 1977 when Pakistan broke away from India and the British rule, the International common of justice stated only ten cases had ever been reported blasphemous. However, that all changed between the years 1980 and 1986  when the military government under  Muhammad Zai–Ul-Haq strengthened the blasphemy laws adding five new clauses, criminalizing anyone who defiled the Holy Quran and the Prophet’s name, additions which caused cases to skyrocket, with more than 80 blasphemy cases following. Cases continued to skyrocket through 1990, and an Islamic higher court ruled a  death sentence for any insulting the prophet’s name in 1991. Fast forward to between the years 2011 and 2015; more than 1296 blasphemy cases have been filed, and Pakistan is known for having one of the strictest and harshest blasphemy frameworks.

One of the main problems with the Pakistani blasphemy law is the target of minority groups. According to the Human Rights Commission of Pakistan, a voluntary organization group that keeps track of blasphemy cases, found that blasphemy laws mostly target Pakistani minority groups, especially the Ahmadiyya community and the Shia Muslim community. Data provided by the National Commission for Justice and Peace in 2019 provided several 776 Muslims, 505 Ahmadiyya, 229 Christians, and 30 Hindus accused of Blasphemy between 1987 to  2018.

Another cause of concern with Pakistani Blasphemy laws is laws used for personal vendettas or disputes. Commission of Religious Freedom and the Human Rights Watchdog Group in the United States released an appeal on January 1 for Ramzan Bibi’s freedom.  Bibi is a 55-year-old Ahmadiyya woman detained on April 30, 2020, for Blasphemy and is awaiting death row. According to the United States Commission on Religious Freedom, Ramzan Bibi was detained based on a written complaint submitted to the police that stated people had witnessed her insult the prophet.

The complaint alleged Ramzan for making blasphemous remarks during a personal dispute over the return of a mosque donation. Bibi was quickly detained and charged with section 295-C of the penal code, the code that charges anyone who makes derogatory terms against the prophet’s name or Quran. At first, an investigation over her case concluded that there was no evidence to prove the accusation made against her. However, angry mobs and hardline  Islamic clerics managed to provide a non- Ahmadiyya villager who was said to be “fully present” during the dispute to testify against her. To this day, Bibi is threatened by extremist religious Muslim groups and is jailed in central Lahore.  An appeal has been filed and will be heard at a later date. Ramzan Bibi is an example of how these blasphemy laws can be used for personal vendetta as she was written up after the dispute and heavily targeted for her Ahmadiyya status.

Blasphemy laws used for personal vendettas and targeting specific minority groups just show how much these laws have no proper framework for implementation or enforcement. Just an accusation written up at the police station can have an individual arrested or, worse, rumours of a blasphemy accusation can lead to mob violence.  Mashal Khan is one example of the consequences one can face due to just mere accusations and rumours of blasphemy. Mashal Khan was a student at Abdul Wali Khan University. On April 13, 2017, he was killed by a mob of students at the Abdul Wali Khan University Mardan because a peer he knew had alleged he had committed blasphemy. Later on, it was noted by the General of Police (IGP), Khyber Pakhtunkhwa, that there had been no evidence of him committing blasphemy, but it was already too late.

According to Amnesty  International, one case involved a fake accusation against a mentally ill child named  Rimah Mashi. An Islamic cleric accused  Rimsha Masih, a 14-year-old Christian girl, of burning the Quran. This mere accusation led to Mashi being detained and charged without any proper evidence, leading to a three-month order in the Islamabad high court. There is no appropriate way to handle a blasphemy accusation, as many believe that the crime of blasphemy was codified in the Quran and not man-made.  The 295-C is a penal code that has been set in stone since Zai–Ul-Haq’s regime and still has not been changed.  A mere accusation by anyone insulting the prophet or Quorn can be charged, threatened by mobs, and even receive the death penalty.

Blasphemy laws in Pakistan are a human rights violation as they continually target and abuse minorities and can be used for personal vendettas. Many human rights groups in Pakistan have called for reforms and even tried but are always unsuccessful as the legislative never passes. The inability to reform these laws has to do with the religious rights popularity and extremist groups that coincide in Pakistan. Politicians haven’t done much to reform these laws but only strengthen them in an attempt to make political gains with the religious right. Imran Khan the current Prime Minister of Pakistan  himself stated during the general election in 2018, “We are standing with article 295-c and will defend [it].” Most of the time, with these blasphemy cases, the mob ends up taking the law into their own hands, and lawyers will refuse to defend anyone with blasphemy cases for fear of being killed by these mobs.

The one way to help with blasphemy as of right now is through de-radicalization. The popularity and the growing number of the religious right make it very difficult to reform blasphemy laws, but deradicalization could ensure that the Pakistani state follows pro-equity legislation. The two ways deradicalization efforts could be implemented are through education and Islamic clerics. The first way could be by the Ministry of Education including compulsory classes in the Pakistani history curriculum, celebrating diversity and bridge the difference between Muslim and non-Muslim minorities.

Pakistan has a history of educational textbooks being controversial because of the derogatory terms and hate which these books promote towards different religious groups. According to the Diplomat, 41 million children in Pakistan have used textbooks that contained derogatory references to religious minority groups. Having compulsory classes in Pakistan’s history highlighting different religious minority groups could help foster acceptance and difference of opinions. The second way is through Islamic clerics. These religious figures have significant influential power in many communities.

Having the most influential and progressive scholars discuss the promotion of peace and harmony, rather than violence and division, could also help with the building of diversity and foster acceptance of non-Muslim minorities. Deradicalization could be the first real step into reforming the way blasphemy laws operate in  Pakistan. Pakistani is such a diverse country with many different religious minority groups and these violent law frameworks targets these most venerable minority groups. Through de-radicalization, these minorities group who are not Muslim could be celebrated for their differences in cultures and religion well living with freedom in Pakistan.