The next stage of the human evolution and how will the human species evolve so here are four possible futures for the human race, based on some theories of continuing evolution. The possibilities include a stop to evolution, continuing mutation here on Earth, technology hijacking evolution, and space colonies introduce differentiation into humans. 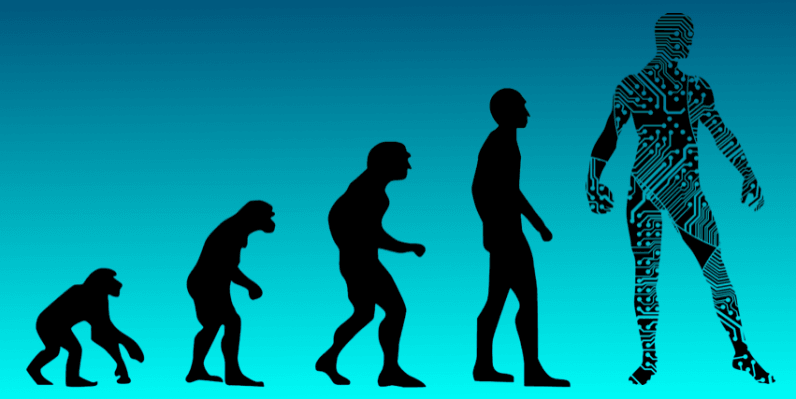 One could argue that everything we do is to secure our future as a species. We travel the stars, probe the Earth, explore the ocean’s depths, and travel every inch of land, all in order to find the best options for the human species. But where are we on that, really? What does the future hold in terms of how humans will evolve? Here are four possibilities of how humans will look like in the future.

One of the possibilities of human evolution is that we are done evolving. This theory posits that throughout the evolutionary history of life on Earth, evolution works better in a controlled population living in a single habitat. Humans just don’t operate within those confines. Reproduction also plays a role in the theory as anthropologist Ian Tattersall of New York’s American Museum of Natural History is summarized by National Geographic, “crossbreeding makes it much less likely for potentially significant mutations to become established in the gene pool—and that’s exactly where we are now.”

Also, medical advances allow for even the weakest of our species to continue passing on their traits. Survival of the fittest can’t operate if the “less fit” are helped to survive.

Another possibility is the exact opposite: we are still changing. According to this theory, environmental factors are no longer the driving force for evolutionary change, sexual selection has become what will define future evolutionary paths. Since people are now choosing to mate based on wealth and intelligence, traits that facilitate those goals will be maximized. This can be exemplified looking at the children of athletes. Sports players tend to be more attractive and therefore attract similarly attractive mates, making it more likely for those traits to be passed down to offspring.

Some are seeing evidence in other ways as well. Research published in the Proceedings of the National Academy of Sciences actually found that females are currently evolving, becoming shorter and plumper with every generation.

It’s no surprise that much technological advancement is currently aimed at the human body. Through gene enhancement or even tech implants, the body is getting its upgrades not from Darwin, but from robotics or genetic engineering. There is actually a philosophy aimed at this, called transhumanism.

REACH FOR THE STARS

Mentioned above are the requisites for evolution: a controlled population and a distinct habitat. That may not exist for humans on Earth, but the minute we send independent space colonies, we are creating the perfect conditions for Darwinian evolution to continue. Perhaps Arthur C. Clarke and Stanley Kubrick had the full history and future of human evolution all figured out.

More realistically, we may eventually see future generations of humans taking on a variety of shapes and sizes, dependent on their host planet and the conditions that best support the survival of our species.