This blog is about my own personal journey to Atheism. As an atheist, I believe we all born without religion until someone starts imposing and telling you mythical and magical fairytale stories. It is only when the child is growing up that the surrounding cultural ethos influences the free mind into an observance of religious edicts. 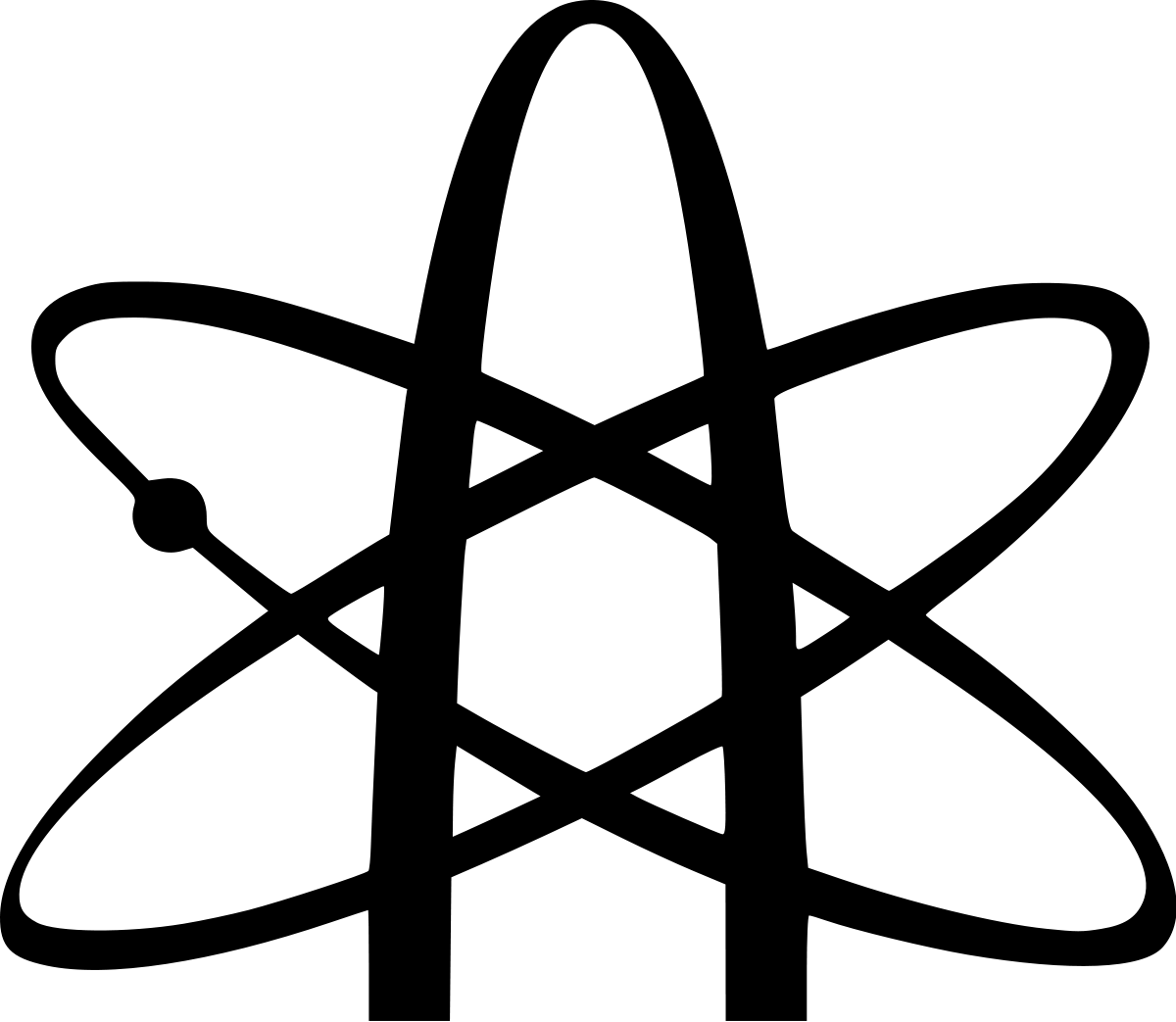 Being born in a Muslim family I was no different from every other Muslim child. Being the first born child I got a lot of love and attention from my parents till now. Like every other Muslim, I was indoctrinated with the Islamic concept of heaven and hell.  Brained-washed by Islamic stories and so-called Islamic values that only Muslims can enter into heaven because they are the follower of Muhammad and believed in Allah. Like everyone else, I was told to hate other religions. I was supposed to feel blessed and proud of being a Muslim.

I was surprisingly logical and sceptical as a child and since from my teenage l always have doubts about religious ideology, it never makes any sense to me but I couldn’t express it openly because in Islam nobody is allowed to question the Islamic faith and history. It’s considered as a sin so I was scared to discuss it with my family and friends. Over the course of time, many questions and doubts raised in my head and I started to look for the answers. My curiosity grew day by day to find the answers to my questions. What is the purpose God created us? Unfortunately, I never got satisfied with the religious explanation instead I started to consider that God is selfish and self-centred but still somehow I believed there must be a creator. Although I was a Muslim at this point I always find excuses not to pray, keeping fasts or go to the mosque. Whenever I questioned regarding religion always get told by other Muslims to ask for God forgiveness and never ever raised this kind of questions again because it’s a sin.

I have been a very open-minded person while I was in Pakistan I got along very well with Shia’s and Christians. Most of the time my Muslim cousins called me ‘Kafir‘ just because I was hanging around with them which made me really upset but I never bothered what they think or What ‘Mullah‘ says in their hate speech against Shia’s and other minorities in Pakistan. For me they all are equal and just a human like me.

When I came to Britain for my higher education it’s the turning point of my life where things started to change. I would say coming into this country unlocked my brain power and broaden my horizon. An experience to meeting different people from different cultural and religious backgrounds gave a more broad vision of life and humanity.

I was still looking for answers to my questions regarding the purpose of our existences than one day while surfing internet I came across Dr Zakir Naik video title “Ex-Muslim Atheist making stupid Zakir Naik angry on evolution” this was the moment I heard about evolution. Although, I was a science student but never heard or taught about evolution in schools or colleges in Pakistan. My first reaction after watching the video was it’s a stupid theory that we humans are descendent of apes. But again my curiosity led me to research about evolution and to look for what evidence are there to support this theory.  Here was the point my love for science as a science student and eager to get more information let me entered into the new world where I read articles, scientific research papers and comparative religion studies as well as watched debates and documentaries.

I learned about polytheistic (Multiple God) and Monotheistic (One God) belief systems and how the multiple Gods idea filters down generation by generation to One God concept.  Furthermore, Monotheism (a belief in one God or one god concept) is the foundation of the Judeo-Christian-Muslim line of religions, which started with a man named Abraham. From the time of Moses (around the twelfth century BC onwards) monotheism became the official belief. From this point in history, God began revealing Himself to the world through the nation of Israel. The Jewish Scriptures record the journey of the Israelites from slaves in Egypt to the “promised land” in Canaan under the leadership of Moses. During a period of about 1500 years, God revealed what became the Old Testament of the Bible, relating the history of Israel with the character and laws of God. During the period of the Roman Empire, Jesus Christ was born in Bethlehem as the long-awaited Messiah. The ministry of Jesus ended in about 32 AD with His crucifixion and resurrection. After Christ’s ascension into heaven, the Christian church grew in His name and the New Testament was written. About 600 years later, Muhammad began preaching in Mecca. Muhammad believed he was the ultimate prophet of God and his teachings became the precepts of Islam as recorded in the Quran. These three mainstream religions based on the same mythologies and fairy tales.

After listening to well-known atheists like Richard Dawkins, Sam hairs, Christopher Hitchens, Daniel Dennett, Lawrence M. Krauss, Bill Nye, Dan Barker, David Silverman and so on I finally found my identity as an Atheist. I did not lose faith in God overnight. It happened after in-depth analysis, research, comparative studies, listening and careful observations now I firmly believe that all religions are the man-made construct. The leap of the reason is simply a coming to terms with the universe; an acceptance of what is self-evident to an impartial observer of the world and the universe; that there is no God and no afterlife and to paraphrase Schopenhauer, when we die we become what we were before we were born.

Once I renunciation the Muslim’s belief obviously it was a bit stressful and emotional roll-coaster because initially my parents overreacted but after some heated arguments and discussions they understood and supported me. I am very lucky to have a loving tolerant family. My personality is like an open-book and I am very vocal about my atheistic views. Both of my parents are very liberal tolerant and easygoing but unfortunately, rest of the extended family members from Pakistan and within Britain started to preach me that I am lost and get into the influence of western culture.  I started to become more vocal about my views and the purpose of this blogging website is to educate these ignorant brainwashed Muslims who are living there whole life in a lie. As humans, we evolved but unfortunately, Muslims never evolved they are still stuck in medieval times.

I don’t hate Islam or Muslims, and I know most of them are peaceful, but it’s the Radical that kill and the peaceful maturity doesn’t matter. In fact, it’s actually frightening when these so-called “peaceful” people support the Radicals. In my opinion, particularly Islam is an outdated religion and it requires a reformation. It is quite clear that the practical implementation of Islamic Law or Shariah law on the countries will play unprecedented havoc. It will be like journeying many millennia back to the stone ages. Now the people will have to decide whether they will like to join the hands with those who wish for a safer, more rational and scientific society; or with those whose agenda is to make this beautiful world a hell-fire place.

I sincerely think that Pakistan needs to become a secular state. It will give various sects within Islam more religious freedom and also protect minorities. Secularism does have its limitations. It may not prevent radical Islam from emerging but it will (in the longer run) delink the legal system with religion and hence the laws will be in line with modern times. Further, it will also make the State neutral with respect to the faith of its inhabitants and this neutrality over the long run will reduce internal sectarian tensions. Unfortunately Pakistan – a nation with 95% of the population being Muslim – is an indescribably intolerant place to be for a non-Muslim – and especially so for an Atheist. Dangers of coming out with one’s lack of belief range from ridicule to death threats to actually getting murdered. The purpose of this website is to educate and to promote Atheism, Secularism, Humanism, and Science.

You can also contact me by leaving a comment anywhere on this website. I do read all the feedback I get – so feel free to speak your mind.

106 thoughts on “My journey to Atheism”