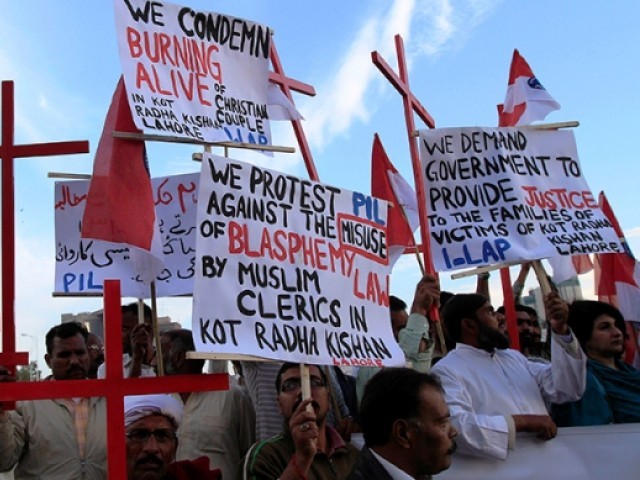 In Pakistan and, in fact, most of the Islamic world, the very concept of secularism is completely misunderstood. Somehow the concept has been thoroughly confused and amalgamated with atheism. An overwhelming majority of politicians, and even intellectuals, often try to defend themselves when “accused” of being secular, particularly on mainstream online media and Urdu print media. To declare oneself as a secular is considered equivalent to being considered an atheist in the public imagination.

The entire atmosphere is riddled with severe misconceptions about secularism. Due to fear of being branded an “atheist” and anti-Islamic, the word secular, in both letter and spirit, is virtually absent from the discourse. Even those who understand that secularism is fundamentally different from atheism often raise the question: “what good is secularism?” and “all we need is the right interpretation of religion.”

What these “reinterpretation” folks fail to understand is that there are often multiple interpretations of religious text and while at the individual level, one has the option to choose one over the other without infringing on anyone’s freedom, laws have to be uniformly applied across the board. So if we want to base our laws on shariah, eventually we will have to privilege one interpretation over the other since law cannot be selectively applied.

Since one interpretation has to be preferred, the question arises that which one? Once implemented, laws apply to everyone therefore it is impossible to favour one over the other without causing acrimony.

Besides horizontal differences (for example between Shiites and Sunnis or Barelvis and Wahabis), there is also a substantial disagreement between the so-called literalists and reformists. Since many a time, some Islamic laws come under criticism for being harsh, some who claim to be progressive have this point of view that we could have current laws modified according to some liberal interpretation of religion.

To a certain extent this reinterpretation approach is understandable because frankly this is apparently the only one available. But here the issue will be no less problematic because most of the Muslim countries simply do not have a tradition of liberal discourse on religion. In fact, liberal religious scholars virtually do not exist. Those who were talking of renaissance, like Javed Ahmed Ghamidi (a Pakistani scholar), have been forced to relocate. Some of their colleagues, like Dr Farooq Khan, have been killed.

Right now, the discourse is dominated by ultra conservatives no matter what school of thought they may belong to. How are we going to make sure that the “liberal” version will be acceptable to all? Who can guarantee that ultra-conservative version does not win?

Another issue would be to intellectually justify what criteria is used to reinterpret. Mind you, reinterpretation has to be consistent to be convincing, as opposed to a pick-and-choose policy.

A secular State, by being religiously neutral, will actually benefit all as it won’t impose any kind of version over another and would actually allow freedom to various sects.

And the fear that secularism would eliminate religion completely from the public sphere (some religious people have this fear and they oppose it because of that) is actually unfounded. A secular state does not mean a secularised society.

Here I would like to distinguish between the two concepts of secularism and secularisation. The former is the separation of State and religion, whereas the latter is the process by which religion loses its overall significance in society. Two are related and yet distinct.

Secularism merely means that religion is to be treated as a personal matter and not to be used by the State to either discriminate among various religious groups or impose one religion over another.

And this is really tragic because right now the entire Muslim world is in the spotlight due to strict Islamic laws and growing sectarianism within its borders. What many of us need to understand is that trying to impose strict ‘literally interpreted’ Islamic laws in modern times will always lead to problems within Islamic societies and negative repute in the international arena. Either you have to reinterpret the laws (the problems with that approach have already been discussed) or you have to separate the legal code from religion – which in essence is secularism.

Secularism does have its limitations. It may not prevent radical Islam from emerging but it will (in the longer run) delink the legal system with religion and hence the laws will be in line with modern times. Further it will also make the State neutral with respect to the faith of its inhabitants and this neutrality over the longer run will reduce internal sectarian tensions.

Muslim followers are not monolithic (as they are divided into sects), therefore a secular State, by being neutral (at least theoretically), ensures neutrality on religious grounds. It will also protect non-Muslims living within Muslim countries and thus promote internal cohesion and also improve the image of Muslim societies in the international arena. Secularism may not be panacea for all the ills confronting many Muslim societies but it is still an essential step. I sincerely think that we need to address the misconceptions about secularism among Muslims. If anything, it will give various sects within Islam more religious freedom and also protect minorities.